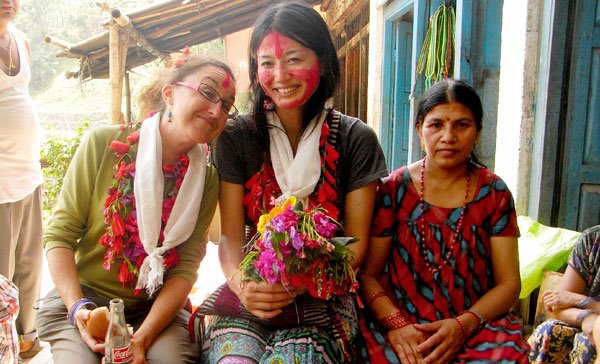 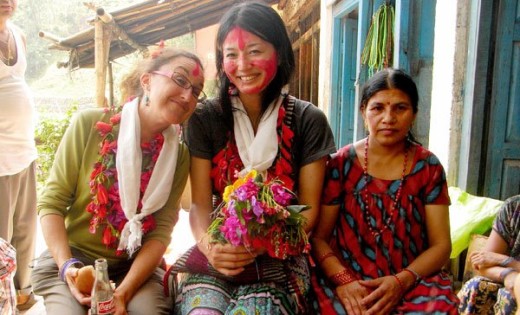 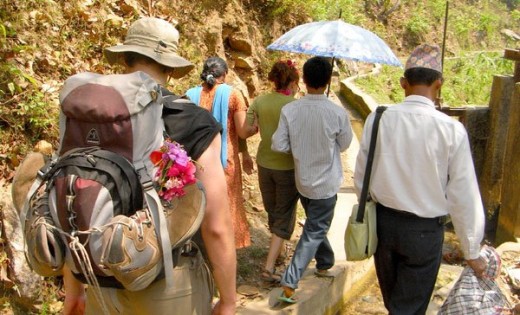 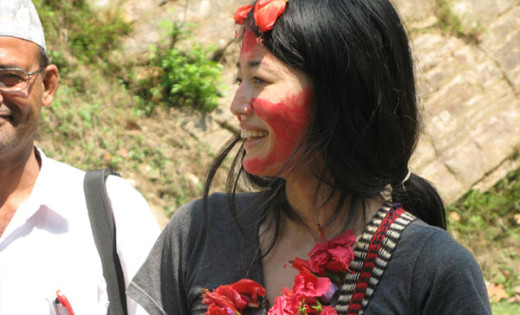 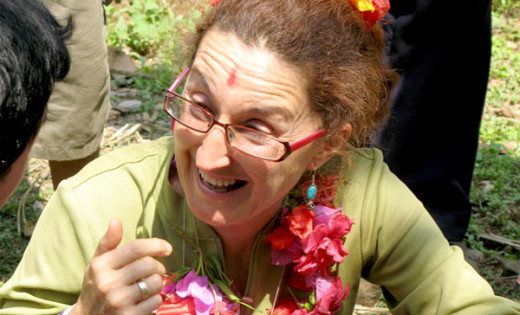 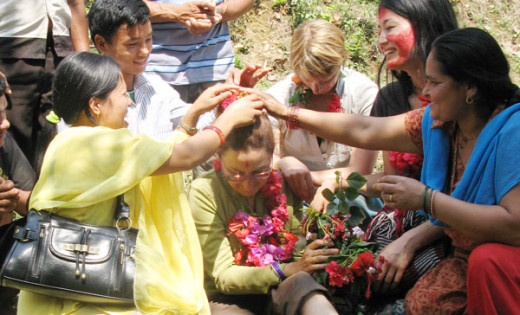 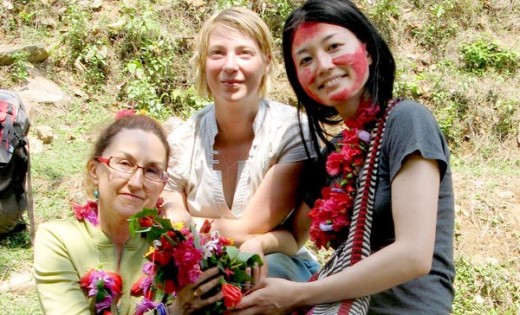 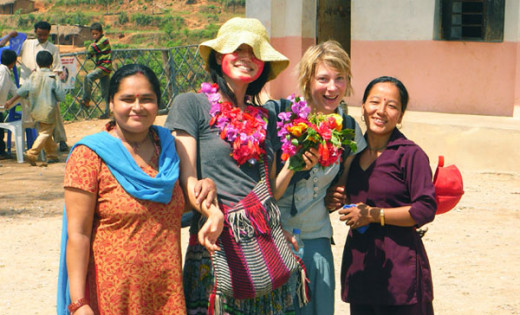 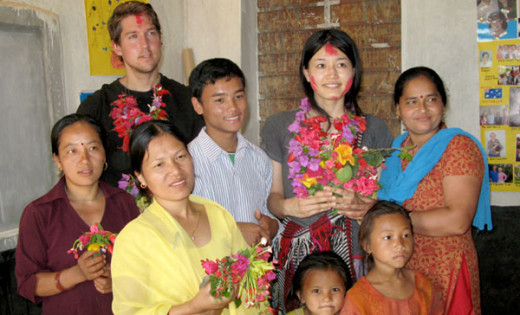 The last night in the village for Angela sadly ended up being a very bad one. She had caught a bad stomach bug that kept her awake most of the night. We had all planned to go up to the school where they wanted to do a presentation to Yoshie, Angela & Kirk, giving flowers and applying tika to the face as a mark of respect and to say thank you for everything they had done. However, because the school is on a hill above where we were staying, away from the way out of the village and especially because of the heat, we decided it best Angela with the support of Mon & some villagers made their way down. Yoshie, Jolana, Kirk and me went to the school to inform the teachers who were very concerned for Angela.

They then came down the hill to meet with Angela and there gave them flowers and applied the traditional tika, as can be seen in the pictures above, in particular the middle photo, Angela in the green top. Angela even had her own Umbrella carrier to protect her from the sun, treated like a queen. I think she was blagging really 🙂

Then we had some light breakfast in Andhi Khola, on the main highway, and after Angela, Yoshie & Kirk said their final goodbye and then the locals flagged down a bus to take us all to Kathmandu.