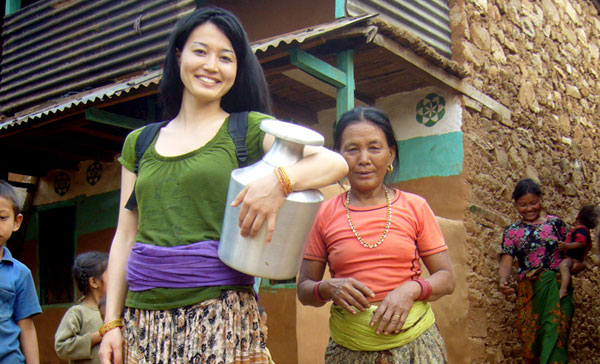 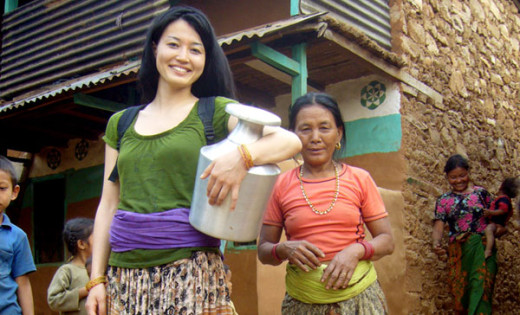 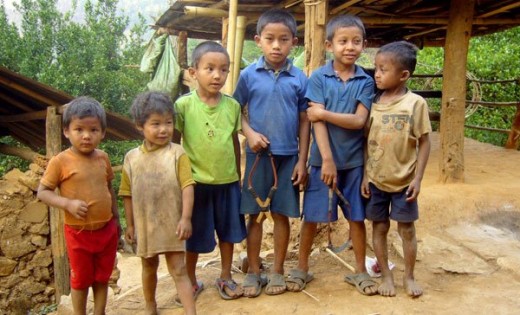 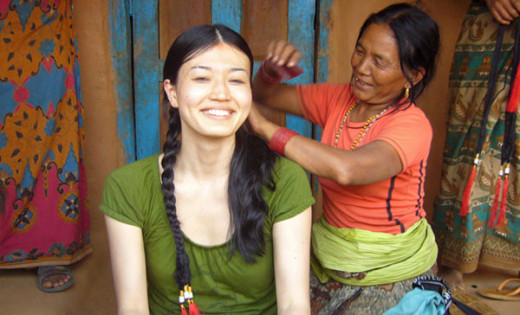 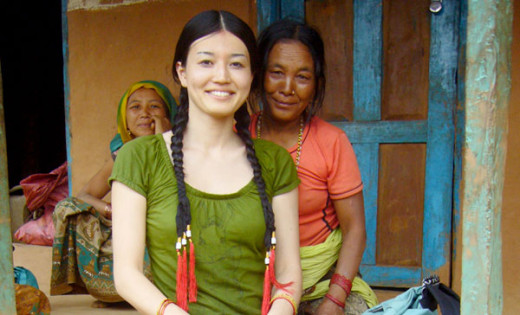 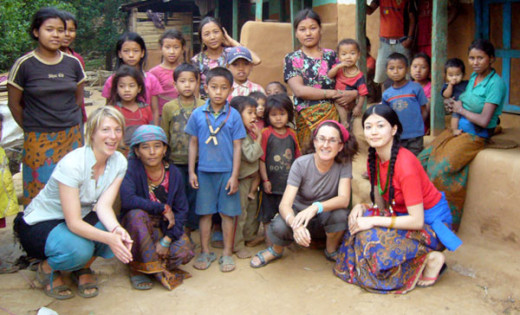 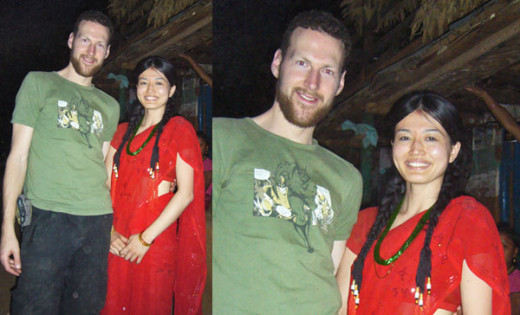 Our first day staying in the village, and many villagers were so intrigued about Yoshie, mainly because as most Nepali people we meet say ‘Nepali Justai’, which means she looks like a Nepali person. If you don’t know, there is no one typical looking Nepali. There are 2 main groups, there are those of Ayrian decent, who look more Indian and there are those who are of Mongolian decent from the hills and mountains. There are two Mongolian groups in particular who most people say Yoshie looks like, that is Gurung or Magar.

So this fascination in the village, lead to them wanting to dress her up in tradtional Nepali clothes and doing her hair in a tradtional way too. You can see from both the images above and videos below, how good a job they did, and many times I kept forgetting that Yoshie was Japanese. Also Yoshie is very open and friendly, another reason why they started to dress her, she was totally accepting and enjoyed the experience.

What was even funnier, was after the traditonal skirt and top, they decided to dress her in a sari, and as they did I asked whose it was, and they said it was the wedding dress of a woman a few houses up who wasn’t currently their, they all found it hilarious. But that aside, the dress looked beautiful, especially on the beautiful Yoshie, a perfect match.