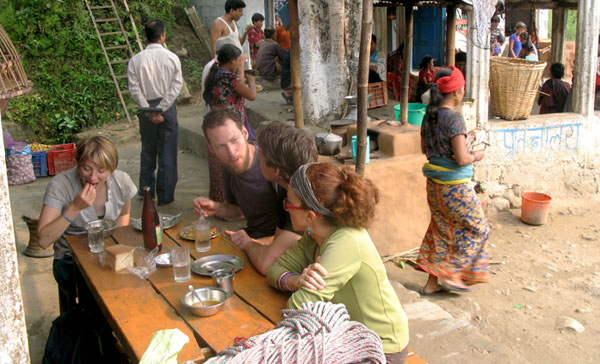 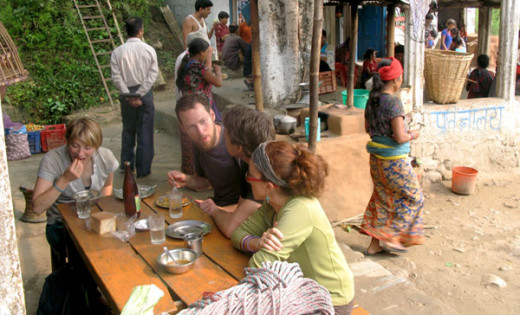 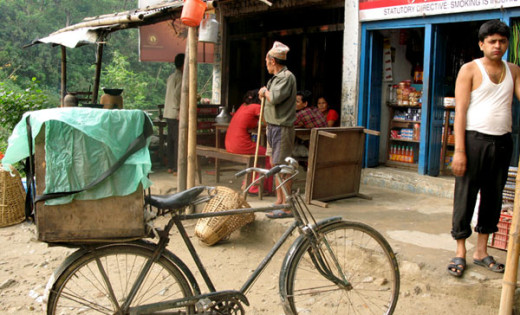 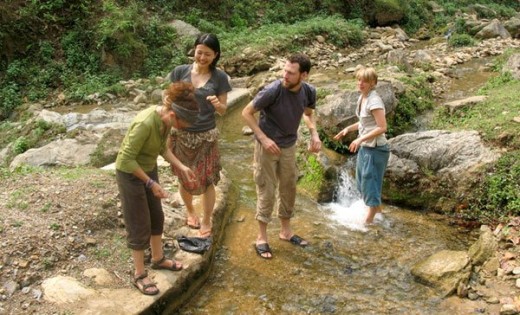 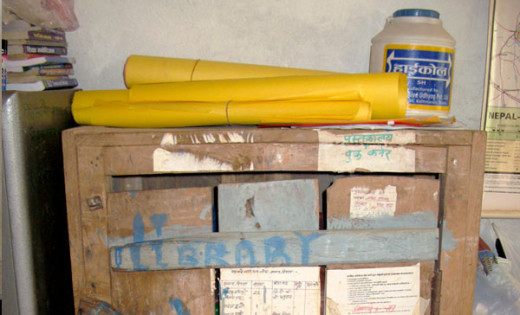 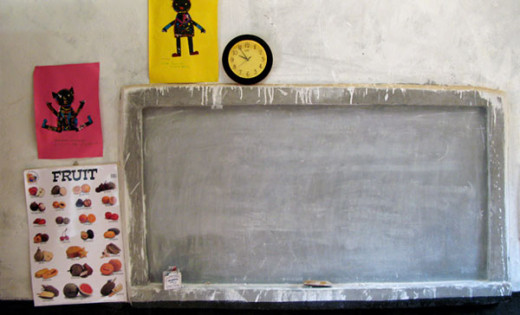 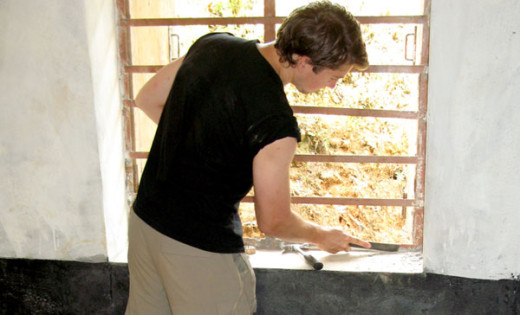 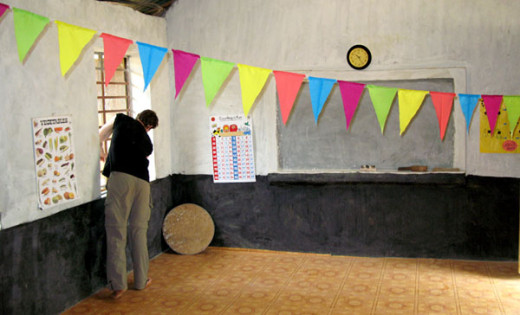 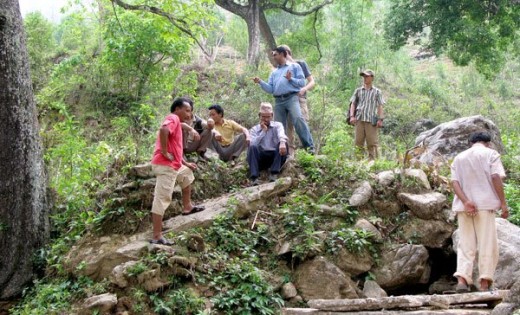 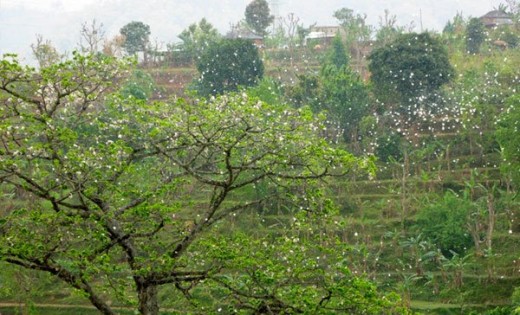 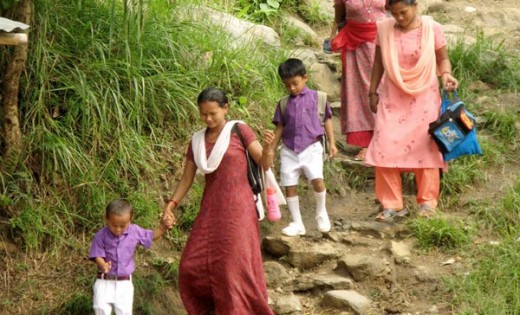 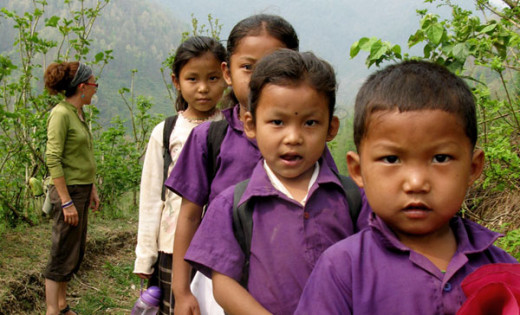 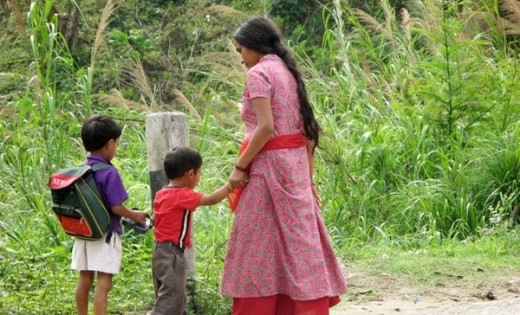 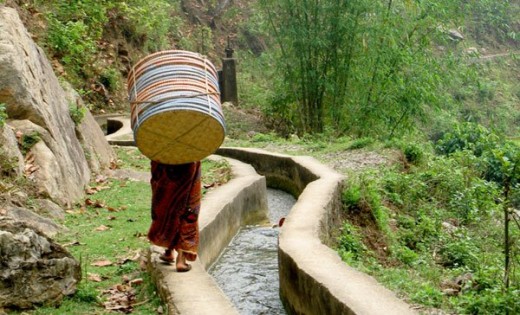 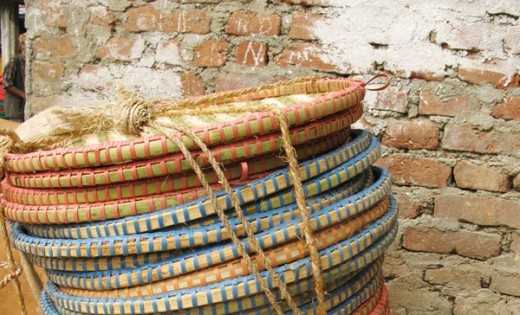 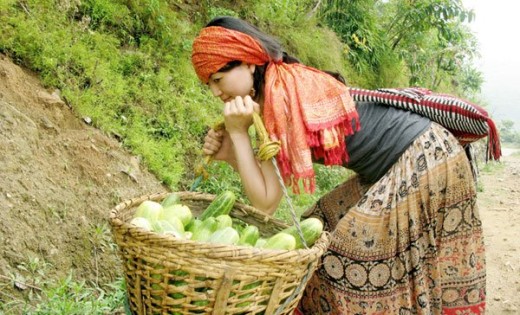 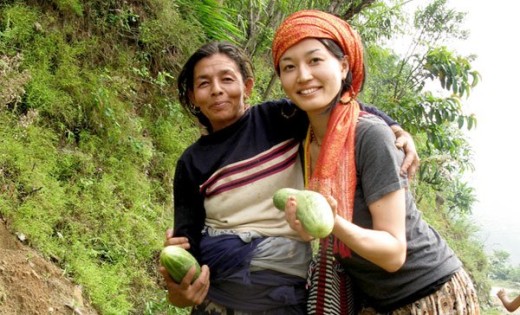 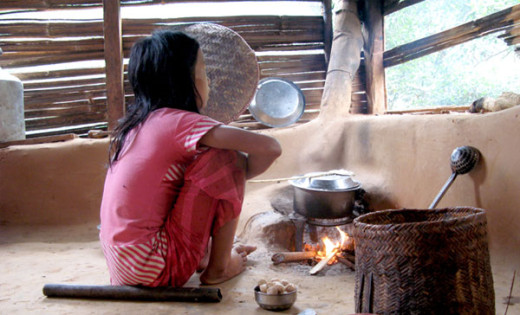 From arriving back into the village yesterday, we had an extra pair of hands. I mentioned in a few blogs previous that on old friend of mine Kirk was going to join us for a week, and it was nice to add a little extra testosterone into the mix, there was maybe a little too much estrogen floating around 🙂

After the tasty Dal Bhatt the previous evening, we tucked into a tasty breakfast outside the teacher, Pampha’s shop before heading up to the school. This area where here shop/cafe is, is called Aandhi Khola and is an area situated on the main highway that goes between the capital Kathmandu and the tourist hub, Pokhara. It is only form of some shops and roadside cafe, and acts mainly as a drinking place for locals and passers-by, and also a trade point for locals selling either nanglos, or produce grown on their land.

Aandhi Khola is the place where we either get off the bus to walk up to Aandhimul or get on the bus to leave to Bandipur or Kathmandu. So our faces are always regulars down their, especially mine, so I’m no longer an attraction as most people know who I am, and the stares are minimal.

On our way to the school we decided to freshen ourselves in the local river that runs from the hills by Aandhimul down passed Aandhi Khola to the main Masangdhi river running parallel to the highway.

When at school, whilst the Three G’s were with the teachers. Kirk helped prepare some of the windows, ready to be painted. They still had a lot of cement left over from the renovation and needed to be scraped off. It was one job that was still left to do for the renovation, it also includes the window shutters and doors.

As for me, I had only just telephoned Hari, the Nepali water engineer from Australia earlier that morning, and quick as I could think he had arrived in the village late morning and wanted to view the village. So for the next few hours we talked, looked at the water sources (pic 8, Hari has the blue shirt and jeans). He spoke with some village members and then with some of them, Mon, Angela, Joli, Kirk and me we went to a cafe on the highway to discuss possible plans for the water project in Aandhimul. I will be talking in more detail about water in a future blog entry.

On our way down we captured the amazing event of one particular tree’s way of dispensing with it’s pollen. It was almost like snow (see pic 9). We also got some lovely pictures of children with their mothers coming back from their school, in their cute purple and white uniforms. There’s also a nice picture of a village woman carrying her nanglos down to the highway to be sold (pic 13) and them parked up by a wall in Aandhi Khola (pic 14). Yoshie tried her hands at carrying a basketful of kakros (cucumbers). Though what you see in the picture is as far as she got (pic 15), and pic 16 shows the real carrier happy to get in on the photo.

Finally, pic 18 and the video bottom right shows how life is for some 11 years old in the village. Tippee, has already matured to a level of a mother and she’s not even had her twelve birthday. She was pulled out of school a few years ago, and now has the responsibility of looking after her brother and other family members. You can see how well organised she is in preparing food for the evening in the video, it’s almost scary to think of her age. Even with the other children she treats them as an adult would, her childhood almost gone, and the expression on her face often looks like that of a hard worked mother. But what makes me smile is when I make her smile or laugh and within an instant the child is back!

It is girls like Tippee that really drive me to keep going through thick and thin times, especially when the adults in the community make it hard for us, I get relief when I see the smiles on the face of the children and say, ‘Don’t they deserve a chance?