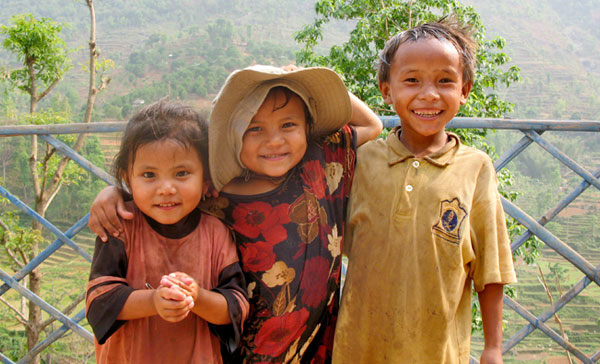 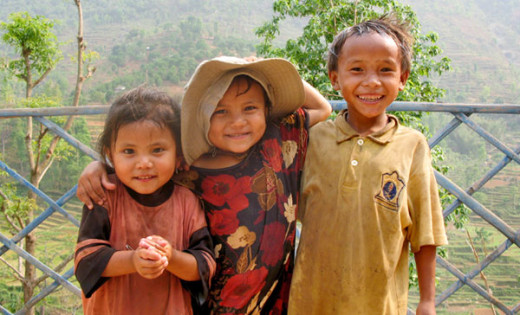 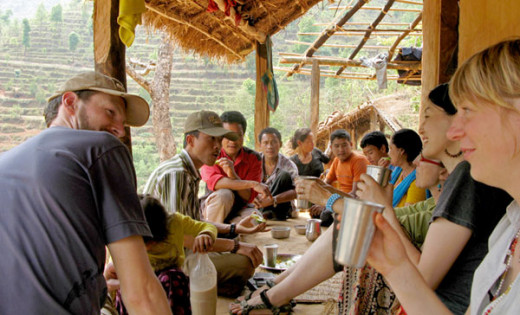 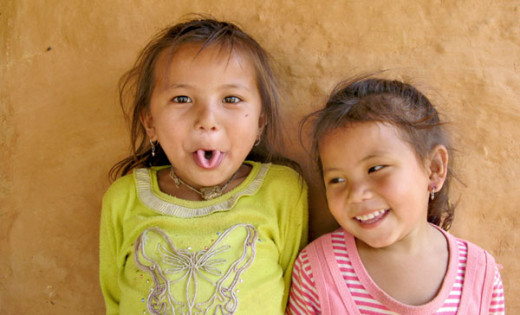 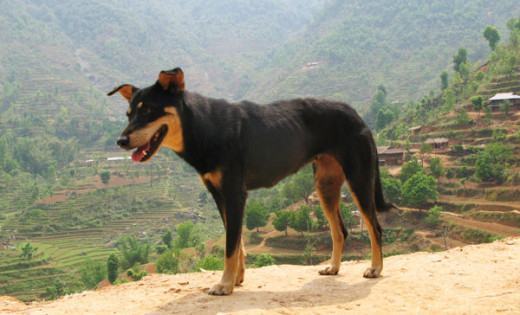 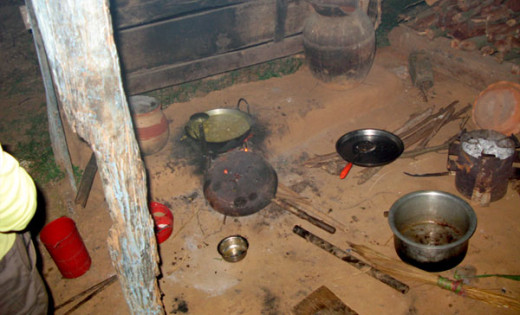 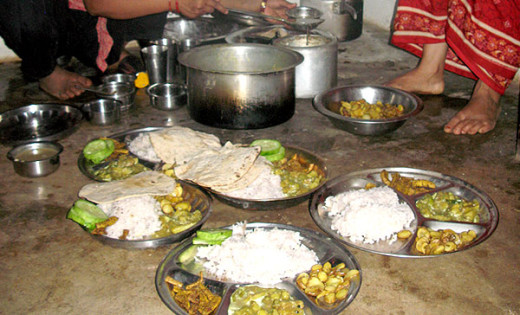 Lunch & DInner in Aandhimul or Nepal is, for those of you who don’t know, very simple. You wake at around 6.00am and have tea, which in the morning tends to be black tea, and like any tea in Nepal with exaggerated amounts of sugar. However, in the village some families don’t always have sugar, so they either use salt (tastes like a rehydration drink) or nothing. With that tea in Bandipur you may get biscuits, or roti (bread) with your tea, in the village just tea unless we have brought our own biscuits.

Then anytime between 9.00am and 11.00am is Dal Bhatt 1. In Bandipur we often get a variety of ingredients, but it usually consists of rice, lentil soup, potato curry and vegatables (often green leaf), or whatever is in season, and pickle, again varying in ingredients and flavours and often very tasty. Sometimes we will get meat too, on average once a week. However, in the village we often just get, as Angela puts it “Dal, Bhatt, Aloo” (Lentils, Rice, Potatoes), a mainly high carb meal and little nutrients. There are sometimes vegetables and occassionally a pickle, and on average meat once a month.

Actually, many of us found it difficult at times eating in the village, and with the family that is feeding us we have politely asked if they could give us less rice and less salt, and the taste is better. It’s an issue on discussion between all of usabout how we can help the young families, especially the girls in their cooking skills. A possible future workshop, especially in the food that is fed to the children. But we know one reason is their poverty, but without being too judgemental we have noticed money being spent on cigarettes and alcohol. All we can try and do is be a positive influence to them. Hence, why we have put in a good diet into th school to help give the children some vital nutrients.

As for lunch or as the nepalis call it Khadja (around 2-4pm), normally consists of noodles or chowmein. But also beaten rice, puffed rice and maybe a simple potato curry, or in the more populated areas momos (like chinese dumplings), both veg or meat, mainly buffalo.

Then between 7-9pm Dal Bhatt 2, basically the same as in the morning, lots of it and then to bed! On this particular day we were treated to a very tasty Dal Bhatt outside of the village at Jolana’s mitinee’s house, and we were all impressed with the flavour and variety, see pic 6, and they even gave us bread which isn’t common in Nepali meals (or the ones in this particular area of Nepal), unlike in India. A welcomed change!