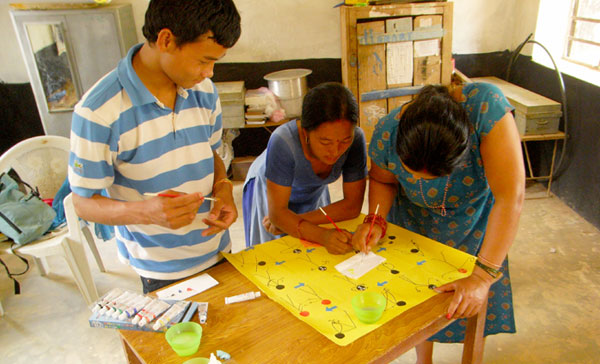 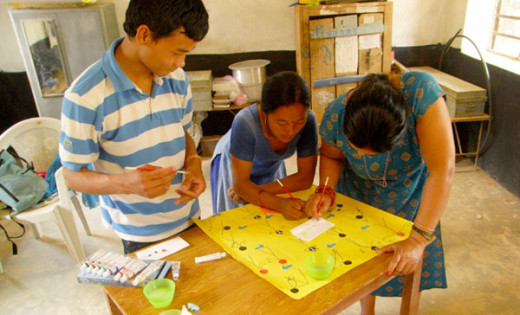 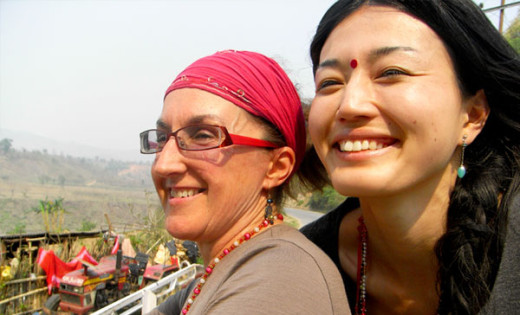 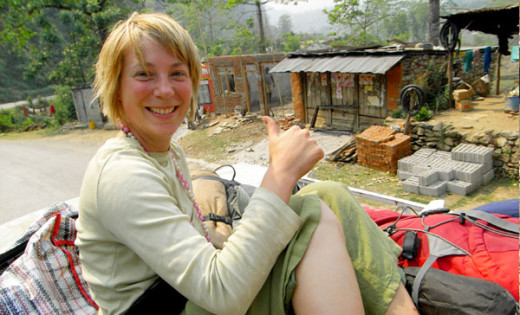 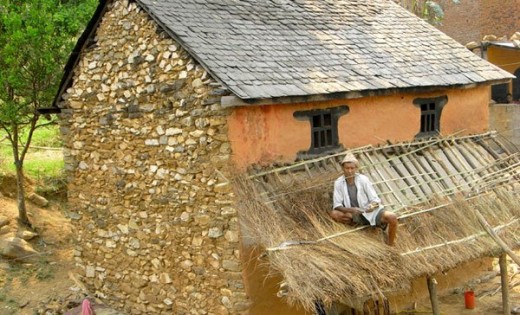 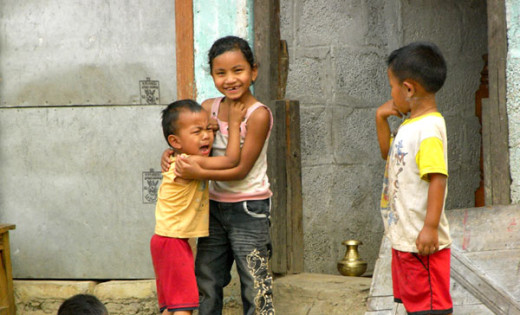 The 4th day of teaching included some creative work, such as making some posters for the excercises to do with the children when they get restless or just do any time to limber up. Prepared by Yoshie and Jolana, the teachers painted the faces.

Mon and myself had gone in the morning to the capital of the district, Damauli to by some materials for the school, including plastic carpet for the renovated school building’s floors. We felt it is much needed. It will then make the rooms more presentable and encourage the teachers and students to keep it clean.

Once the school day was finished, we had decided to all meet back in Bandipur to be their for the Nepali New Year, and return to Aandhimul a few days later. You can see from some of the pictures above and the video bottom right, the three girls (Three G’s I shall name them 🙂 had much fun travelling on the bus to Bandipur.

In Bandipur, because it was New Year there were many big names who had returned from Kathmandu, and from their jobs to the birth home, many who are part of the Bandipur development committee funded by UN Habitat. Luckily for Angela and Jolana, as they were walking through the Bazzar they bumped into a Hari Dekota, a Nepali man who has been working in Sydney, Australia for the last 10 years as a water engineer, who coincidentally Jolana met only a few weeks back in her hotel in Pokhara.

The reason this was lucky was because he had already voiced to Jolana in Pokhara of his willingness to help the project in regards to water and more, so this coincidental meeting was meant to happen. Not even that, Hari was, and is advising the Bandipur committee on the potential for creating a dammed, man-made lake in Bandipur. So they were having a meeting with all these big names from Kathmandu, and Jolana and Angela were invited in, and then they were asked to give a little talk and Angela, as I’ve heard from Jolana, did a great job of raising awareness to these people. Of course, our aim to extend our network and to fundamentally help the work in Aandhimul and beyond.

So the New Year turned out to be a good one, lets hope it will continue this way, and Hari agreed to come and visit the village sometime in the next week, I just need to phone him and arrange a time. Which I won’t hesitate in doing, following up Angela and Jolana’s great work!