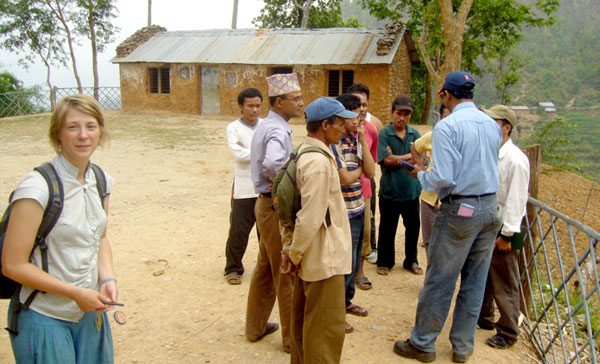 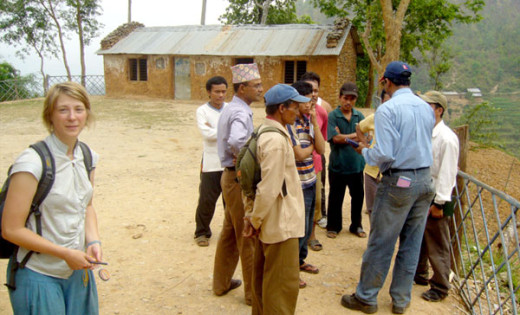 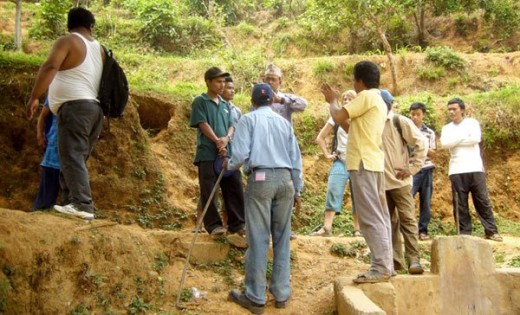 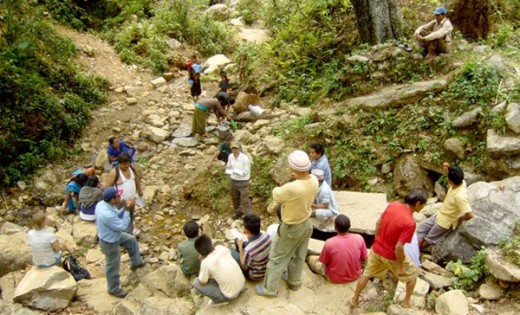 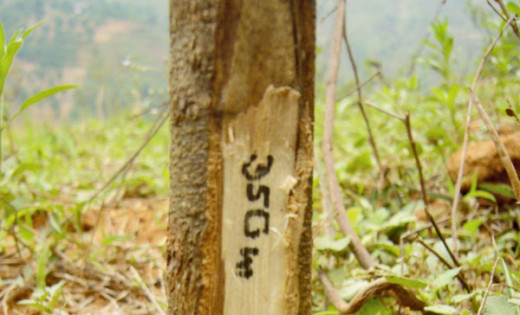 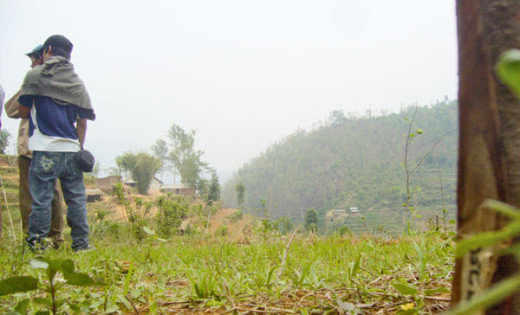 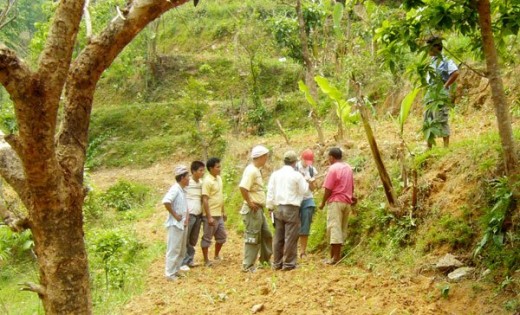 Whilst in Kathmandu, both Jolana and me had a meeting with Hari Devkota, who if you weren’t aware, is offering his help and advice to solving the water problems in the village of Aandhimul. We agreed during the meeting that Hari would come to Aandhimul to do a general site survey of the area, including doing an altitude check and measure distances. My task to find an altimeter and get hold of a long measuring tape.

The measuring tape was quite easy to find, especially in Kathmandu, I bought one 50 metres in length. As for an altimeter, they are not easy to come by, and I didn’t want to buy one as they are expensive. However, I thought I would try Himalayan Encounters, a travel agency run by an Englishman Tony Jones, who has been working in Nepal for almost 3 decades and alongside his travel company has done lots of community work to support many projects. It was where Angela, Jolana & Me met and got our first experiences of Nepal, as volunteers for Global Vision International.

My luck was in, Tony was happy to help, and after a few phonecalls he found a paragliding company who were currently in Bandipur and they said they would leave one of their altimeters to help us! Yeah, it was great news. Thank you to Tony and to the Paragliding company for lending us the altimeter.

Once collected from Bandipur Jolana and I met Hari in Aandhimul on Thursday 30th April and the survey began. Also, we had help from Bandipur, 2 staff borrowed from The Old Inn, thanks to the ever helping Ramsaran, who also asked one of his plumber friends who came to the survey too!

First meeting at the school, as seen in the pictures above, we made our way to the water source taking measurements along the way. During this journey we took notes of the exisiting system and it’s failure points. Including a destroyed tap and several areas of pipe cut, due to lack of maintainance and responsibility to prevent damage. An area we know we have to focus on to limit future problems. We have already discussed about the need for a water committee to be set up, with some members of the village in total agreement, though also others with mixed views.

After photos, notes and measurements taken. Hari gave a little talk to some community members and used his knowledge to influence them on potential solutions, and also highlighted on the problems, which can be solved. At the close of the talk it was decided that the village would hold a meeting to discuss possibilities and options on Sunday May 3rd.