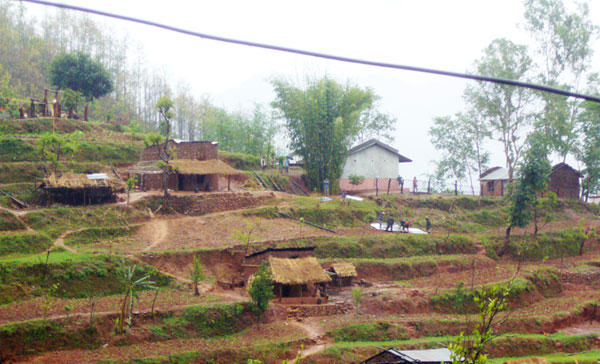 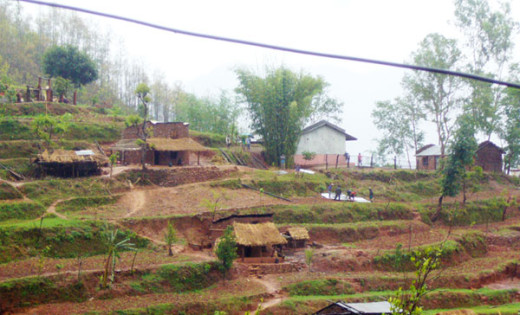 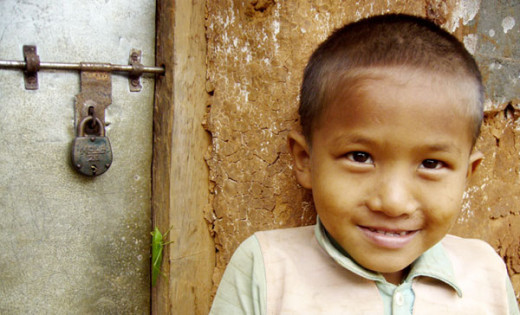 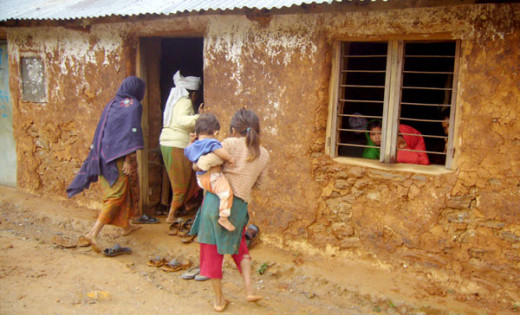 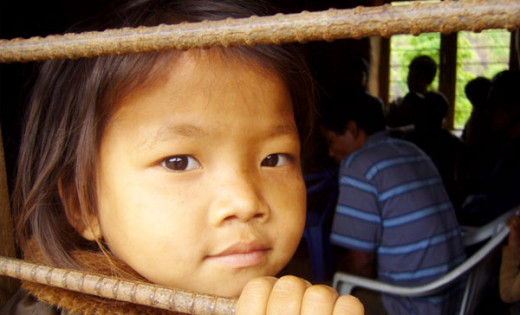 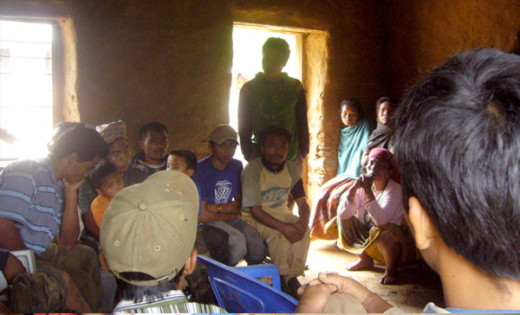 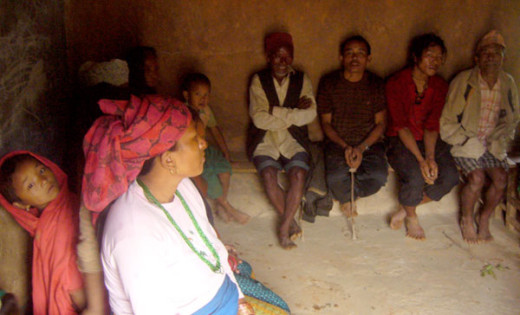 It was decided to hold the meeting at lunchtime in the school grounds, but we weren’t expecting what hit us in the early hours. I woke at about 6.00am to the sound of strong winds, and then followed by a storm. The rain came quickly and hard, the wind was verocious. Only a few days previous, one of the houses near the school had put on a new tin roof, but hadn’t put rocks on top to prevent it from being damaged during high winds. So you can guess what happened next, a strong gust took it straight off. You can see in the first photo, top left, some people trying to recover part of the roof from the land.

Once the rains had died down, Mon and I among other village men went to see if we could help. It was great to see so many help so quickly to get the roof back on top. It was a pretty muddy affair, but whilst helping Mon mentioned to me that maybe we should start the meeting early, because many people were there. It was a great idea, because the past has shown that when trying to get people to come to meetings, and on time, is not easy. That’s just the Nepali way, something we always have to work around, and Mon quickly took advantage of this situation knowing that.

So we asked the villagers if they would like to start the meeting and many agreed, also more were asked to come in true village fashion, shouting! Because the village is set within a valley the voices travel quite far, making it easier to communicate around the village without having to send a messenger.

Due to the amount of sticky mud, caused by the heavy rain, we decided to use the small, old school building for the meeting, as you can see in the pictures above and video below. I decided to have little envolvement, as I felt this is an issue they need to resolve. However, Mon got precedings going and just supervised and put any points forward he felt were missed.

It lasted quite a while, and at times it became very heated, at some points people were talking loud, if not shouting their opnions. But after much debate, the meeting was concluded and I asked Mon about the outcome. He said that they debated many issues and the biggest divide was about who the new supply would benefit. And Mon and other villagers told them, to begin with the priority is to get water to the school, and to supply those houses en-route. Then if this is successful we would create additional phases that would help two other areas of the village with their water supply.

Currently, everyone has access to water, but they have to travel down the valley into the river and collect from there and carry back up. The biggest problem here is time, which can be an inconvenience, and we particularly noticed this in the school. It took 1 hour for the caretaker to collect enough water to last the day at the school, but even this was limited, and on many occasssions and particularly with the hotter weather, this water would run out before the day has ended. And having to collect water in the heat of the day, is not easy and slow.

This is why we feel the community and the Project should focus first on the school, because the children need easy access to water anytime, for drinking, cleaning and proper use of the toilets.

Many of the villagers agreed, but Mon had made it clear also, that they needed to create a water committee who would take responsibility for actions, and more importantly who could keep up with maintainence. They also agreed, but were a little concerned because they felt they lacked any knowledge and experience, and Mon replied to them saying that we ‘The Project’ will support them wherever possible.

They then concluded with 2 plans, to renovate the old water system to a higher standard, and to create new system to supply the school. The next step is to take this forward and do more detailed plans and surveys.