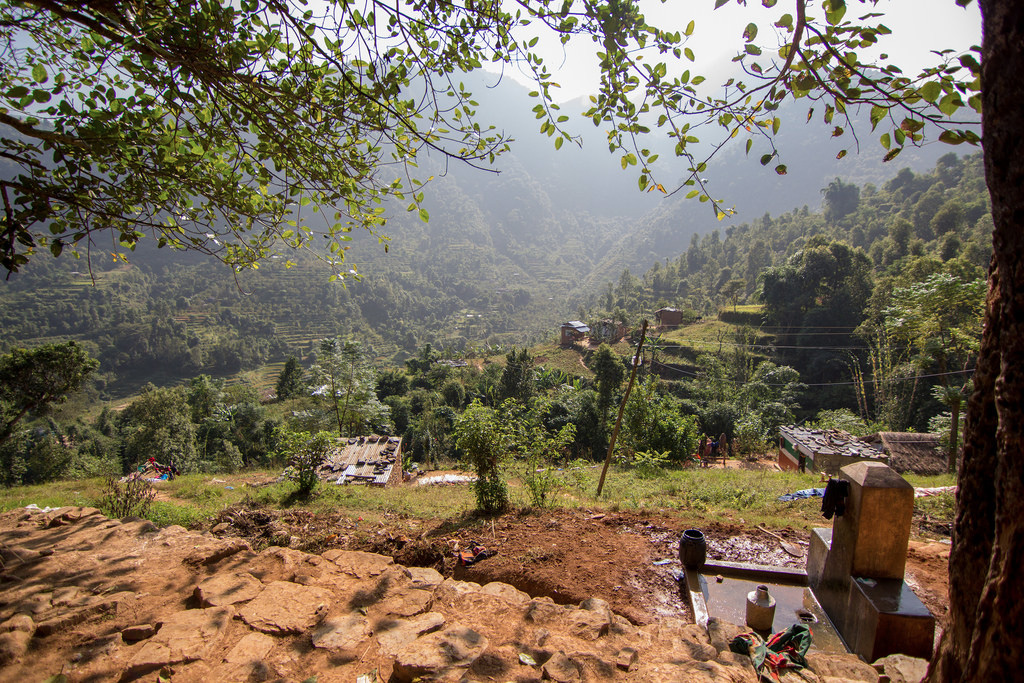 I stayed only one night in Aandhimul on my short trip to Nepal this time, and it was to be in a new area I hadn’t stayed in before, with Kishan (project funded school teacher) and his family. His area is in the north of the village above the school which has a beautiful view of the valley below (see image above). In the late afternoon before it got dark we walked around the the whole community so I could say hi to as many of the villagers as possible. It was nice to so many familiar faces and in particular to see the children growing/grown up.

Kishan informed me, as we met some teenage girls who remembered me, that they were the first girls in their community to stay in school until this age. And I could notice the affect on them, they seemed much more confident than those who finish school early. It’s great to see that the mindset is slowly changing and that it is okay girls to continue their education. 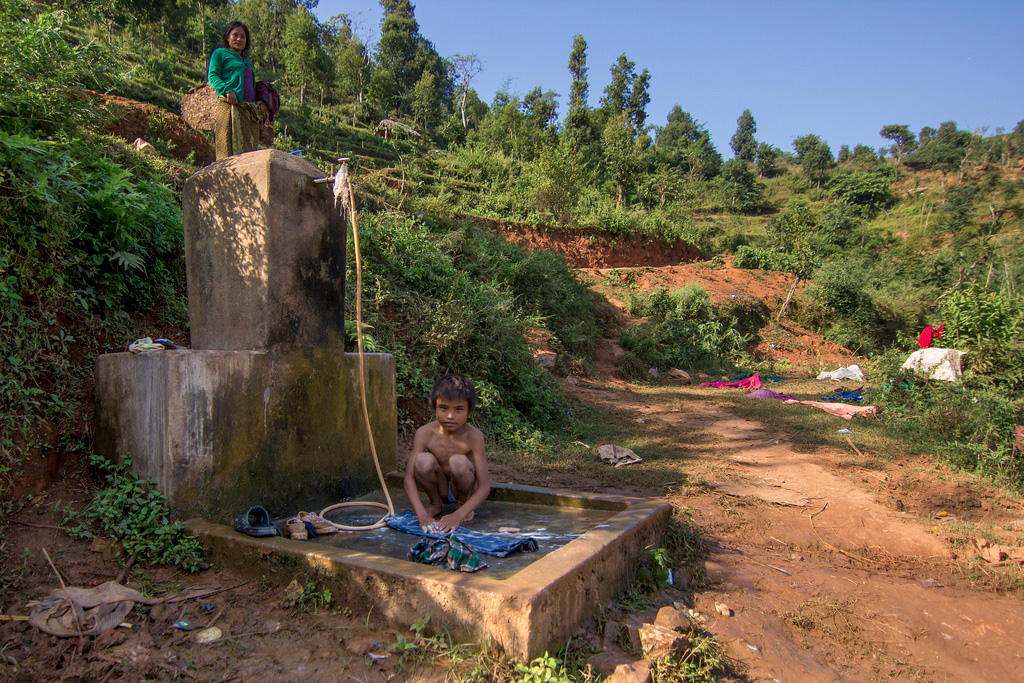 Also on our journey, I wanted to see all the new water taps (a boy is washing his clothes in one (see image above)) that were built by the community, CHOICE Nepal and us (in particular Jolana’s amazing efforts and without her there would have been no water project) in 2011. I was so pleased to see many more families were planting vegetables now that the community has much better access to water.  You can see a lovely example in the image below. 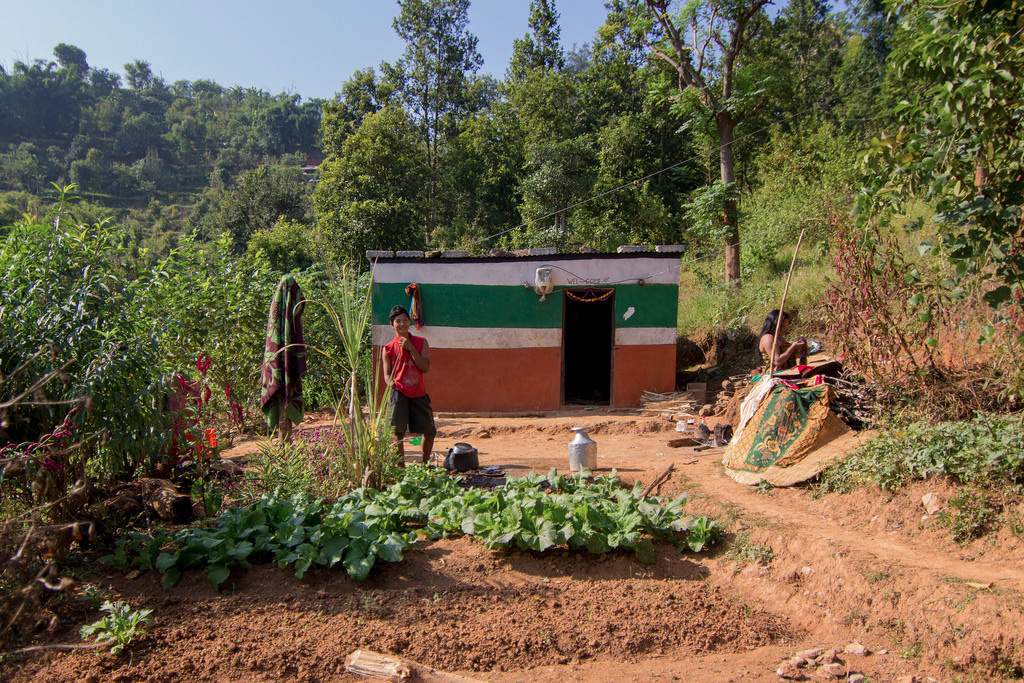 As we continued on our walk we asked if anyone was interested to come to the meeting in the morning, but as this was festive season it would be a difficult task. In the South of the village there was a wedding ceremony and in true tradition the celebrations were lasting days.

We were invited by Pampha another of the project’s teachers to her house for dinner. It was nice to be able to listen to them and hear there views on the school and the project. We are very lucky that Kishan’s level of English has improved significantly. I can now have a detailed conversation him whereas before it would only be basic. So having him as an interpreter was so advantageous as my Nepali is only at beginner level.

The food Pampha served was very tasty and was cooked on a gas stove,  and she and her family are from outside of Aandhimul and have more access to better facilities than in Aandhimul, where most people still cook on a small hand made clay stoves burning wood and bamboo (see image below and video at the bottom of the page). Smoke inhaltion is often a concern and we have noticed some older women with bad coughs, possibly contributed to if not caused by this. 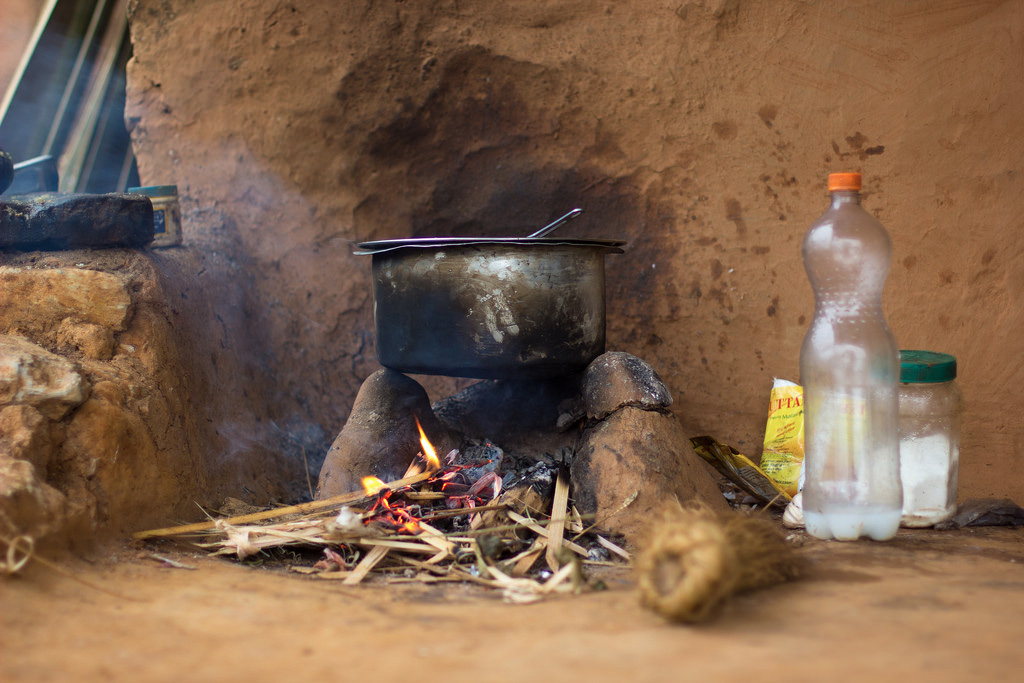 Kishan and me used this time we had in the evening and the morning to have valuable discussions about the community and potential future projects including the Health and Nanglo cooperatives. And you can see pieces for a nanglo being made from bamboo in the picture below and in the video at the bottom of the page. I also enjoyed the morning with his family and other community members and you can see in the video below Kishan’s daughter helping her grandmother to make a nanglo, special moments. 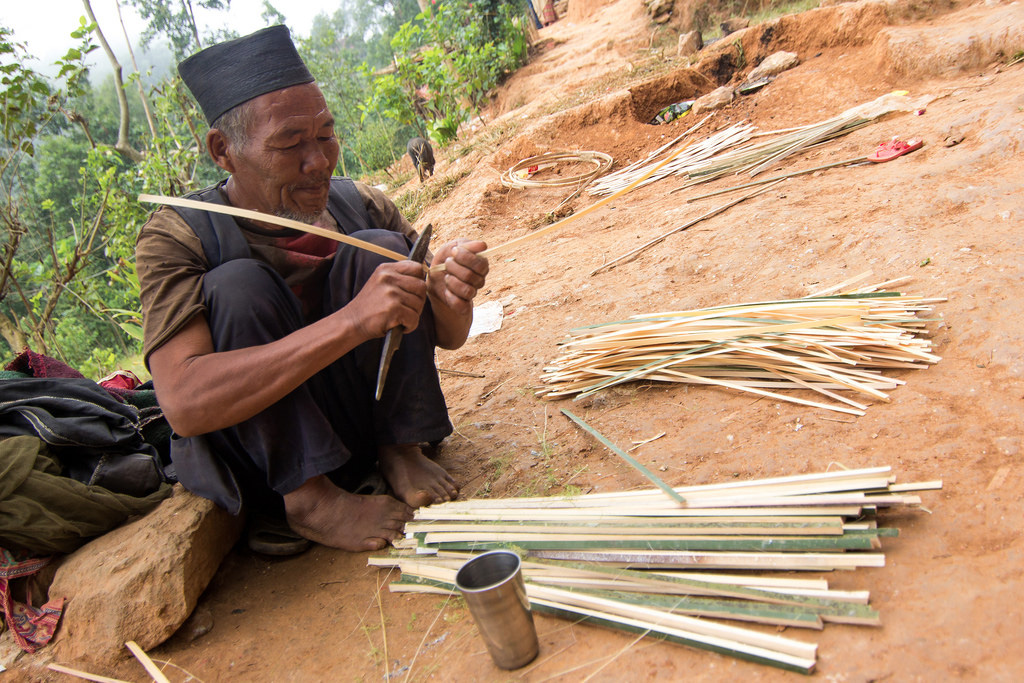