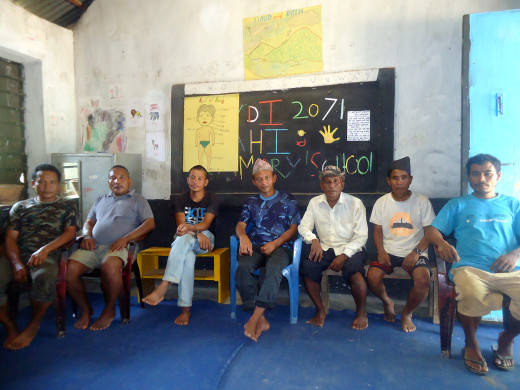 First a quick update on the rebuilding of the earthquake damaged homes. We have now sent across 150,000 Nepali Rupees (RS), 25,000RS per house. The image above shows the owners of these houses in a meeting with our project manager Bikram about a plan of action. It was decided the first house would start to be dismantled on this coming Sunday. We will keep you updated as the demolishing and rebuilding take place. 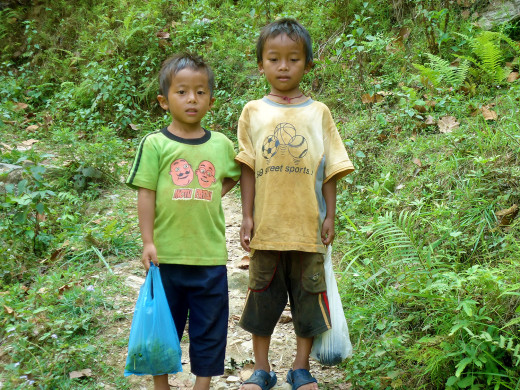 Above, some village children on their return from buying some vegetables from a local shop further down the valley. Food supplies after the earthquake are running okay in and around the Aandhimul village. Though support from Kathmandu has been offered to the Bandipur VDC. 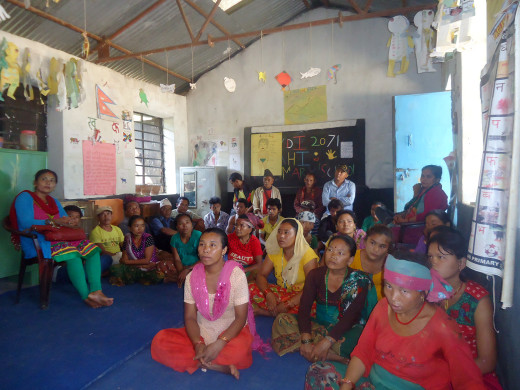 A meeting was held on 15 May to elect parents to form a new School Management Committee (SMC) for this school year – however they could not choose the SMC and PTA due to the following reasons :
a) There were not enough actual school attending children’s parents present in the meeting. According to the Nepalese Education Act, at least two thirds of parents should be present to choose the SMC and PTA.
b) The school sent a letter home to parents only 2 days prior to the meeting. Not giving the parents enough warning.

The plan to resolve this issue is as follows :
a) To send letter a week before to all the parents requesting for their compulsory attendance in the parent meeting.
b) To call only the parents of attending school children, to prevent long debates.
c) To invite school supervisor and resource person in the meeting to facilitate as suggested in the education act.

The new SMC and PTA is set to be chosen by the second Nepali month of Jestha, meaning by 15 June. 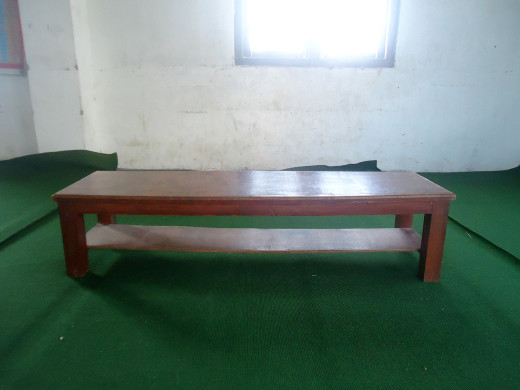 As there are now more students attending the school than the previous years, it is necessary to purchase more desks for Class 1 and desk benches for Class 4. The project will cover the cost of buying these. 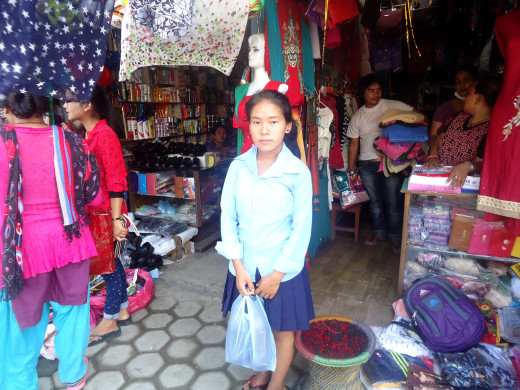 Above is an image of Urmila, a Class 8 student being supported by Angela in Australia, buying some new shoes and a bag for school.